European Traces in the War of 1812 - Introduction 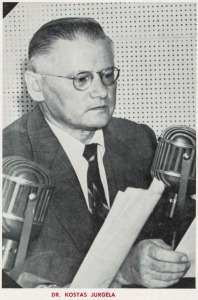 In 1964, Dr. Kostas Jurgėla, wrote a history of Lithuanian immigration to America, "Lietuviai Amerikoje Prieš Masinę Imigraciją ir Tautinį Atgimimą ”.  Although written from an American perspective, it included an interesting story of Grand Duchy Lithuanian soldiers who fought for the British in the War of 1812 (the war in North America between Britain and the United States, 1812-1814) recruited from prison ships after they had fought for the French in the Napoleonic War and had been captured.  As told by Jurgėla , the British had placed them in two Swiss regiments (de Watteville and de Meuron) which had been contracted to fight on the British side.  The de Wattevilles fought first in Egypt and Europe against Napoleon, the de Meurons in India.  Both regiments then went to North America, finishing their service in 1815.  The soldiers were assumed to have settled after the war in Canada, possibly in the Rideau or St Francis river valleys.  Some may have participated in an armed guard for the Red River colony, created by Thomas Douglas, Earl of Selkirk and located near where Winnipeg is today.  The soldiers were identified from records created by the British War Office using primarily the place of birth as their names could not be used, having been recorded using French, German or Polish equivalents.

This research was used again in the 1967 book “Lithuanians in Canada”.  Here the story finished with one intriguing sentence:  “Most of the survivors of the 1813-1815 campaign settled in Canada and were assimilated”.  If this actually happened, these men would have been the first Lithuanians to settle in Canada.  It was to be both a Lithuanian and a Canadian story as these men would have participated in three major events in Canadian history:  the War of 1812 against the United States, early settlement of eastern Canada in the Rideau valley and possibly the building of the Rideau Canal, and early western Canadian settlement via the Red River Colony.  It was important to re-examine the story, to see if the details could be confirmed and to identify by name the very first Lithuanians who came to Canada.  How did these men move from Lithuania, come to fight for Napoleon, then the British in a Swiss regiment, then come to live in Canada?

Digitization and increased access to primary records meant that it was possible to expand the story with more information about individual soldiers and what happened to them. The research quickly focussed down to one regiment, the de Watteville, where the all the Lithuanian soldiers have been found.  The story of these soldiers is one of great courage and endurance.  They took advantage of some opportunities and passed on others.  Some died in the wars and are buried where they died in Spain, Italy and on Canadian soil.  Many returned to Europe to take up life after the war there.

The ending of the story is quite different from what has been presented previously and, in the end, just a single man was found to have stayed and farmed in Canada, although by 1821, he most likely migrated to the United States, ending the Lithuanian presence in Canada for the next few decades. 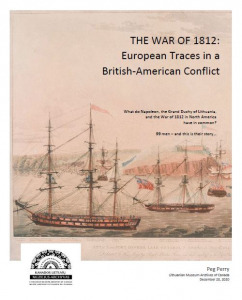 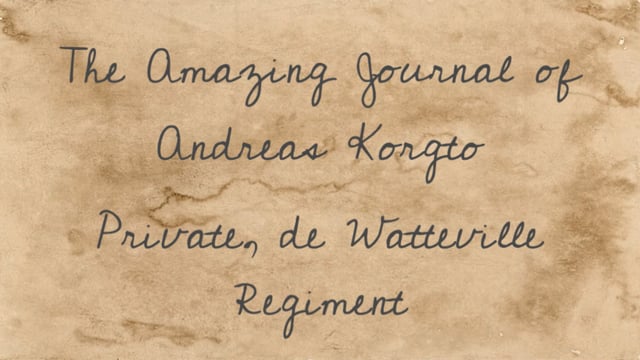 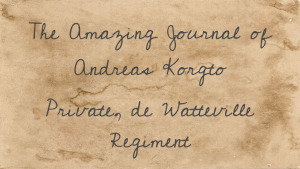 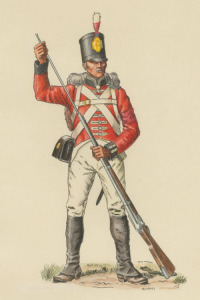 Click on the soldier to learn more about the Grand Duchy soldiers of the de Watteville regiment.
If you find a family member among these soldiers please let us know at [email protected]

Please consider making a donation to support this project and to help preserve Lithuanian Canadian heritage.