What to do with those old letters and diaries! Short answer: burn them!

A few weeks ago, an interesting question arose in a discussion about family documents. Some of us are “of a certain age“, as the French say, and that means we were actually taught penmanship in our youth and are adept at writing longhand. Many of us are nobly trying to keep up with technology and think that tapping reminders into our cell phones is quite a feat.

Not only writing longhand, but writing letters seems to have gone the way of the quill for most people, in this age of email, Facebook, Instagram and Twitter. These phenomena have undermined letter-writing almost to the point of extinction, largely due to the instant gratification they provide. A life is now described in a series of selfies and cryptic comments punctuated with phonic (not to say moronic) abbreviations that have the personality of a licence plate.

Also, we grew up in an era of keeping diaries, which is another now-quaint habit on the endangered species list. It is said that journaling is coming back into vogue, but mostly as a meditative exercise in the never-ending desire for “self help“.

Baby-boomers are likely the last generation to have practiced the art of letter-writing. I remember studying abroad and staying connected to family and friends by writing and receiving letters. The thin, bluish airmail  sheets and envelopes were an important tool at a time when the only other communication device was a telephone, and long distance calling was expensive. The plot thickens. When I went away I also left behind a serious boyfriend, and we corresponded for months at a time… for a total of 3 years. We ended up getting married, had children, and the bundles of love letters rested in manila envelopes hidden from prying eyes for a few decades. What to do with them? We finally committed to burning them. It was not so much that the letters were improper, but they were special, and held unique memories that we felt were ours alone. In the end, just as our  children have their private lives, of which we cannot, probably should not, know the details, divulging everything about ourselves is simply neither possible nor appropriate. They already know we‘re only human.

In my opinion, the same is true for diaries. Unless they are of literary value, i.e., written in good prose in an interesting or informative way and without repetitive whining, self-pity, self-deprecation or vitriol, I can‘t image someone would enjoy reading them. In this vein, I think we can also blithely burn photos of old boyfriends/girlfriends, because no  one will know who they were or what they meant to us. Do you have silly photos of yourself at high-school parties? Are they really so cute that you‘d want your grandchildren to see them? I prefer to err on the side of caution. In fact, sad but true, few children are very interested in our fond old memories of youth. Usually, memories are like many anecdotes about comical situations…“you had to be there“! 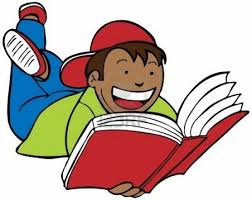 The sentence you never want to hear:

… Mom’s high school diary really cracked everyone up at “Show and Tell” today!