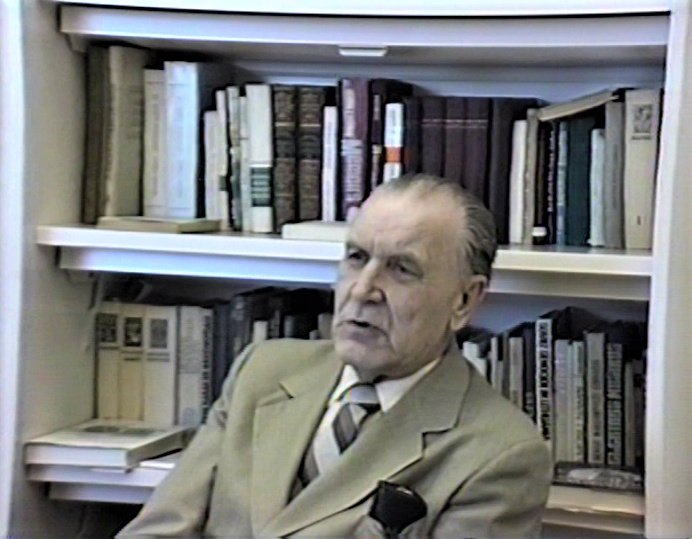 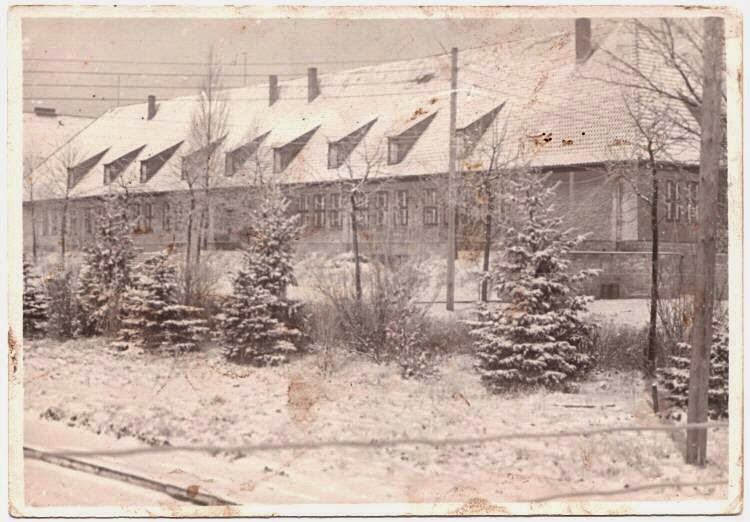 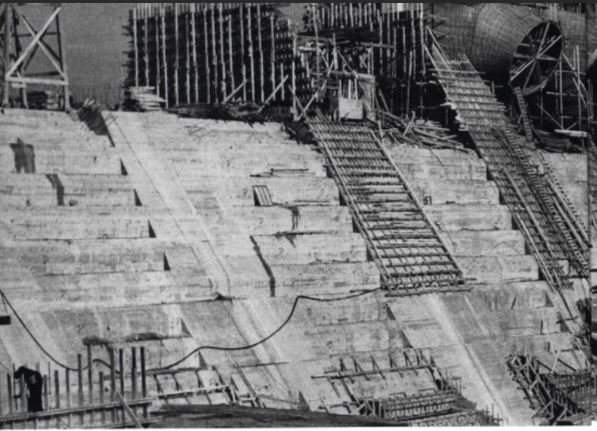 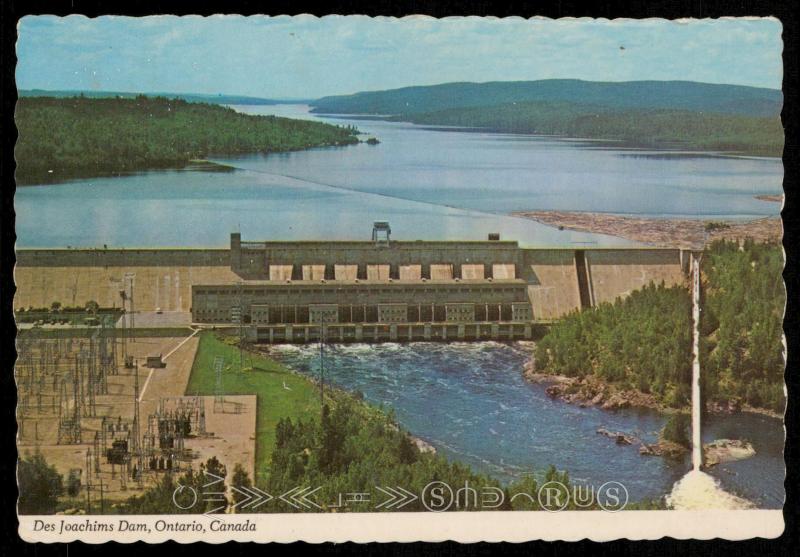 I was born in Lithuania in 1921. In 1944 I fled to Germany, and in 1948 I came to Canada.  My father had a small 20-acre farm in Lithuania. During the summers he farmed and in the winter he made and repaired spinning wheels.

When the Soviets invaded Lithuania (the first time), I was studying carpentry at a school for trades. I mourned for the loss of our independence.

We did not know much about communism. All we were told was that under communism, workers would not suffer as much.

We soon found out that their so-called elections were a farce. They forced everyone to vote – they marked our personal documents to show whether we voted. It became a permanent record. If we did not vote, we were marked as an enemy of the state. In communist elections, there is only one party and only one candidate on the ballot. About 40% of the population would cast their vote, but when they announced the results, the results always showed that 98% of the population voted for the single candidate.

I knew a man who worked in the sugar plant. He was a workers’ union member and delegate to a communist party congress, representing 3 sugar plants. Secretly a group of delegates agreed that they would not vote for a communist and they didn’t. However, to their surprise, ALL the communists were elected unanimously. It was clear that it did not matter how the people voted. The results were set in advance. So I decided this system was not for me.

Germany invades and kicks out the Soviets

The Germans threw the soviets out of Lithuania. I enrolled in technical school and studied there for a year and a half. The Germans were mobilizing young men for the German army. We did not want to serve Hitler, so, many of us went into hiding.

When the front moved close to us, we left Lithuania and crossed Germany’s border. Many of us thought the war would end soon and then we could go back home. The war ended in May and we did not go back home.

I was in the district of Hamburg. We lived in refugee DP camps. The Soviet communists did not want the name “refugee” to be used in regards to us and demanded we be called something else. So, the allies agreed to call us Displaced Persons (DPs).

There was not too much food, but there was too much time in the camps. There were no jobs. We used this time to learn trades, engaged in cultural activities, got an education, and started trading goods from the DP camps in the British zone with DP camps in the American zone. The American zone had lots of cigarettes to trade; the British zone had smoked fish - so trade across the camps thrived.

We establish the Baltic University

The university originally operated in Hamburg and then was moved to former military barracks in Pinneberg. It was an excellent facility. The Baltic University was its own university town. It was organized by Estonian, Latvian and Lithuanian professors. There were 1,000 students and 200 professors/lecturers. Lithuanian and Latvian languages, although related, are not easily understood by each other. Estonian was a completely different language and we did not understand it at all, so we needed a common language for lectures. The working language selected was German. I attended lectures for a year and a half.

Selection committees arrive in the camps

Brazil, England, Australia and Canada opened their doors for immigration from the DP camps. Canada was most desirable as a destination. We knew of some Lithuanians from the early 1927-28 immigration who lived in Canada. I also had an uncle who went to the USA in 1913, but the USA was not receiving immigrants. Canada was ready to receive immigrants, so I signed up for Canada.

An agent from Canada came to the camps and did an initial rough selection. They were looking for workers for the sawmills. I had experience working in sawmills, so I was put on the list. I was then moved to a Transit camp where we were screened by a committee made up of the Canadian consul, a medical doctor and the hiring company representative. The company representative was the most important – the final say was his. We called the committees the “white slave traders”. You had to sign a one-year contract in order to immigrate to Canada. Canada’s selection process was restrictive – no families. All other countries took families. Canada took only single, young, muscular men. Their families could join them after a year - at the end of their work contract. Most of the refugees were young between 22 and 35 years of age and single. There were not too many families.

First impressions of Canada. We landed in Halifax in March 1948 and went by train through a wide expanse of hinterlands. We even travelled through the State of Maine. Canada seemed like a huge wasteland inhabited by few people. Most impressive were the size of the country and the many beautiful automobiles parked beside every house that we passed.

We build a dam

West of Pembroke was our place of work. Our job was to build a dam across the Ottawa River. They were just starting the dam. The base had to be prepared. We drilled down through the granite and blasted it. Boulders were removed by bulldozers and loaded into huge trucks. The earth trembled when the trucks rolled away. We followed the machinery and cleared the area of small stones, snow, sand, etc. in order to leave the granite bed as clean as possible. We worked by hand without the assistance of machinery and used picks, shovels, brooms and wheelbarrows. Although we were used to working hard, we noticed that the local Canadians worked slowly, so we followed their example. The pay was 60 cents an hour. We worked a 40 hour week with overtime on top. I moved to carpentry and earned 85 cents an hour. Room and board was cheap. We appreciated the abundance of food and our Canadian co-workers. They were good people. When we encountered any problems, we could complain to the personnel officer who would solve them.

Off to Ottawa to meet with the Minister of Labour

Some groups who came before us had 12 month contracts and the group that came after us had 10 month contracts. We did not know what the terms of our contract were – we never received copies. We asked for copies. They said copies were not available, so I got together with my fellow co-worker Felix Mockus and we went to Ottawa to see the Minister of Immigration and Labour. We were received by the Deputy Minister of Labour. At first he had some harsh words for us, that we are insulting Canada, don’t want to honour our contract. We said we are willing to work but have a right to receive a copy of our contract. He said they are overworked in Europe and it would take a long time to get copies. We told him the Canadian consul and company representative came to Europe for a few days and rushed everything through. They were overworked just for those few days – we didn’t know what they did the rest of the time. The outcome - we didn’t get copies and don’t know what our contract is nor what we signed up for. The interpreter in the camp had told us not to ask too many questions if we want to go to Canada so we didn’t. The Deputy Minister became interested in our story and decided to investigate what was going on. He promised to try to get us copies. He became a very different and more understanding man by the time we were finished our meeting with him. For most of us it was the principle that was more important than the exact number of months to be worked.

I came to Toronto when I finished my contract working on the hydroelectric dam in Ottawa. Some stayed with Hydro and were transferred to Niagara Falls. They had good jobs and got good pensions. Hydro was a good employer.

My first job in Toronto was at Heintzman’s piano factory where I worked as a wood turner. A couple of years later, together with two other partners, we formed our own construction company. We built houses and sold them. Our first house was built in Oakville. We sold it and built 2 more houses, sold them and built 4 more houses and so on. I then joined the carpenters’ union. In order to get projects for hospitals, factories, churches, etc. you had to be a unionized trade worker. Union jobs paid very well and I did better than the average factory worker. I am now a pensioner. I did well in Canada.