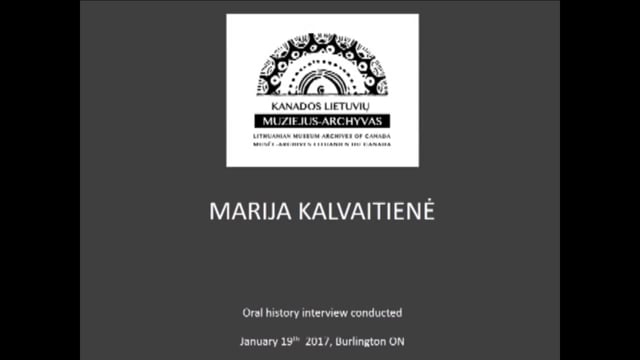 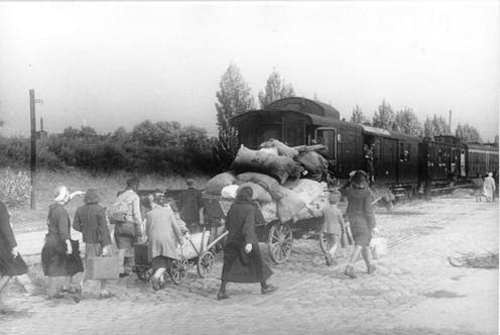 Refugees fleeing on foot and by train 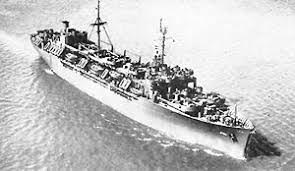 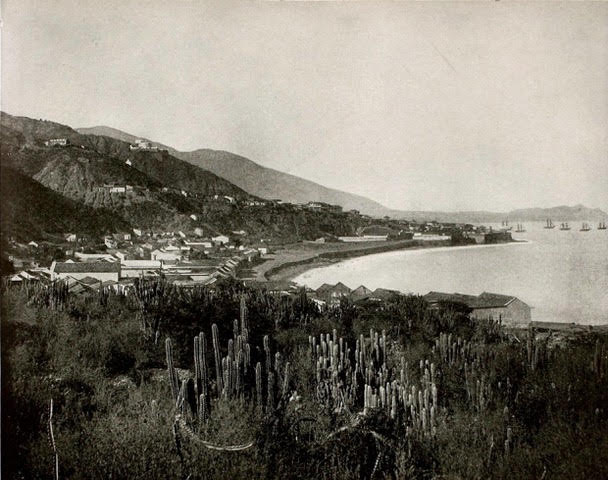 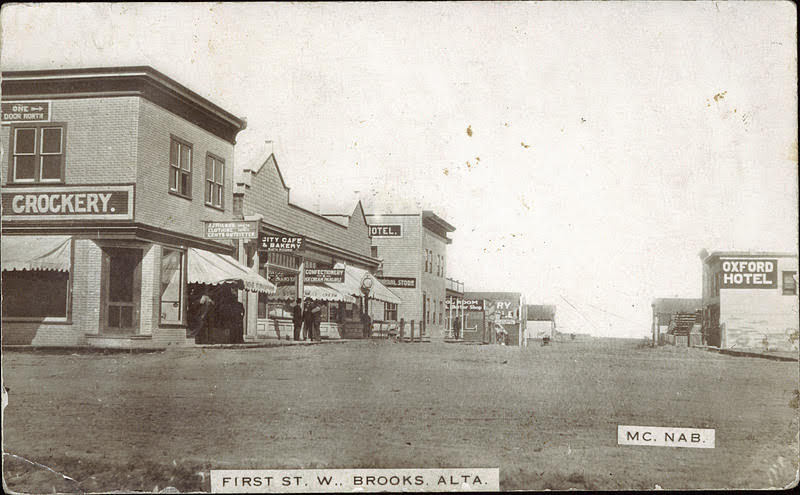 I was born in 1931 in Vilkaviškis, Lithuania. I finished grade 6 in Virbalis and then 3 classes in Kybartai and was planning to go to high school when the War started and that was the end of my education for a while.

My Father, Pranas, worked in the local mill in Virbalis. My Mother, Marija, gave birth to 9 children: I had 2 brothers and 6 sisters, but I hardly knew them. When one of them reached 16 years of age, they left our town to seek a better life in the city of Kaunas where it was more lively than in our town and where there were more opportunities. Father had already experienced war as he had served as a soldier in the First World War. There he experienced hunger and lived in the trenches. It is a miracle he made it out alive! He was very much afraid of war. So when he saw Vilkaviškis in flames and the highways filled with people fleeing, he knew that war was upon us. He said we have to flee and flee now. We opened up the barns to free the animals and fled West towards Germany.

Escape from a camp:

As soon as we would hear the bomber planes approaching, we would leave everything on the road and run to hide in roadside ditches or in the forests. Eventually we made it to Kulum (?) where they took away everyone’s animals and wagons. There was a huge camp there with thousands of people like us in it. It was surrounded by barbed wire fencing and there were guard towers throughout. Father was very nervous in Kulum and decided we have to find a way to leave. I had a sister living in Arnstadte, Germany.

One day, while walking around our barracks, Father said to me: “You have to get out and find your way to Kulum’s post office where you can send a telegram telling your sister where we are and to come help us.” We noticed the guards were pretty lax in their duties and one of the guard posts was abandoned, so Dad cut through the wire fencing and I made it out. I don’t know how, but I found that post office and sent the telegram. And a few days later, my brother-in-law came and contacted us. One dark night, we found the guard post abandoned, so we quietly made our way through the fence one by one and headed out of that camp to Arnstadte. Later we learned that my brother-in-law had given the guard a huge bribe of cigarettes and alcohol.

Father wanted us to get as far away from Berlin as possible. We got tickets to travel on a train heading for Hanau. We rode and rode on that train for days. The train would stop briefly to give us breaks and then continue. Once, during a stop on a particularly hot day, my friend and I found a stream and started playing in it – tossing stones and running around. We were so happy with the freedom after being cooped up for so long! After a while we headed back to the train – Oh my God!!! The tracks were empty! The train was gone and they had left us behind!!! How could they do this?! We decided to follow those tracks on foot – eventually they would lead us to the train our parents were on. So we ran and ran yelling: “Mom, why did you leave me?”

Some railway workers knew in which direction the train had gone, so they helped guide us and eventually helped us get onto the next train which was going in the same direction. We ended up arriving at Hanau and from there walked and walked until we found the camp and our parents.

We lived in army barracks - 4 families to a room. We got food from a common kitchen – I didn’t care what we ate as long as we were not starving. But we lacked clothing, especially the children who were growing. We relied on care packages that came mostly from America. Usually, those transporting these packages took their pick first and we at the camps got the leftovers, but we were clothed and became quite adept at reworking the material from 2 old dresses and turning them into one brand new dress.

A whole new life opened up for us in the camp. Here we attended high school, joined folk dancing groups and choirs – there were lots of organized activities for us. Lithuanians spent most of their time with other Lithuanians and often the Latvians and Estonians joined in. There were many celebrations and many dances and opportunities to socialize. We re-established all the organizations and clubs that had been in existence in our home countries. Organized community life continued here in these camps.

By this time Lithuania had been fully occupied by the Russians. We knew there was no life there for us. We were afraid of the Russians. So we had to look for other places to live.

Bit by bit people started emigrating . The first to go were the ones fit for labour. If you were 50 or 60 years of age – it was more difficult to emigrate and impossible if you had health issues or were older.

We lived in the camps for 5 years and were told when the numbers of refugees in our camp dwindled, the camp will be closed. So we filed our papers requesting permission to emigrate to America and Canada but we received no response.

I had a sister who had emigrated to Venezuela a few years earlier and she sponsored us, so we went to Venezuela. We left from Bremerhaven, Germany on a military ship called the “General Sturgiss” and sailed to New Orleans, USA. The ship was full of Jewish people and they all got off in New Orleans. The rest of us continued on to Venezuela. We sailed in very rough seas until we landed in La Guaira, Venezuela. What a relief to see my sister standing there waiting for us! We piled into a truck and drove to Caracas to her home – a 2 room shack on Alta Vista street. The 4 of us slept across the mattress in one bed. We lived this way for 2 years.

I was 18 years old and landed a good job in a textile factory because I spoke German and Lithuanian and learned Spanish quickly. The owner had many Lithuanians working for him. My job was to prepare an inventory of textiles woven that day. On rainy days the workers excelled as the threads would not break, but on dry days, the threads would break from the intense heat and dryness and would have to be knit back together so the weaving could continue. This took a lot of time. They were paid by piecework. I, however, earned a good salary – 1,000 Bolivars per month in those days was a huge wage – so I was able to support my entire family.

Life was good for me in Venezuela. The Lithuanian community there soon organized choirs, dance groups, scouts, established a Lithuanian parish with a Lithuanian pastor. Soon everyone got jobs – no one was unemployed. Every Sunday we would socialize, organize sports competitions – life was good.

Off to a farm in Alberta:

I had a sister living in Alberta, Canada. My Father was determined to leave Venezuela and to go to Canada, so I went too, in order to be with my family. I paid for our airfare and we flew to Montreal and then travelled to Brooks, Alberta by train. My sister and her husband had recently arrived there themselves and had rented rooms in town and rented a farm. We all lived together in their rented rooms and the whole family worked on their farm while I worked for the municipality in town as an accountant.

Off to Paris, Ontario:

When I got married, my husband Zigmas and I decided there is no future for us in Brooks, Alberta. There were quite a few Lithuanians from the first emigration to Canada from the 1920’s living there and they thought we were “too good” for the community. We had seen quite a bit of the world and yes, we wanted something better. So we went to Paris, Ontario where a friend of my husband lived. We used to attend Sunday Masses at the Lithuanian parish in Hamilton, Ontario and a parishioner suggested Zigmas, a crane operator, apply for a job with Aldershot Equipment Company. He got a job and for many years worked in shipbuilding in the Port of Hamilton. He made a good salary. Eventually we settled in Hamilton and raised 5 children. I ran aerobics classes as a business for 38 years.

I am proud to say: “I am Lithuanian.” It was through involvement in all aspects of life in the Lithuanian community in Hamilton that I was able to realize myself while raising my family. I loved acting and joined the Lithuanian theatre troup “Aukuras”; I was active in our parish; worked with the Lithuanian scouts, involved my children in Lithuanian activities and organizations.

The first time I went back to visit Lithuania, I remember it as a sad time. It was during the days of Russian Soviet occupation of Lithuania. My relatives were afraid of us – we were the enemy. My uncles from Alberta used to send them care packages, but they had to go through central control somewhere in Russia and the packages sometimes reached them, and sometimes not. Even today, I don’t trust Russia. My Father used to say that the Russian people were good, sincere folks, but their governments were cruel and untrustworthy.