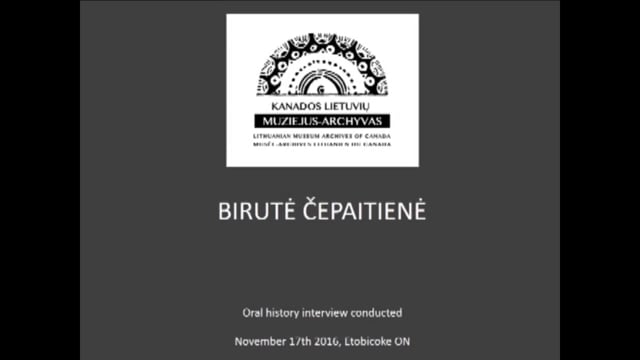 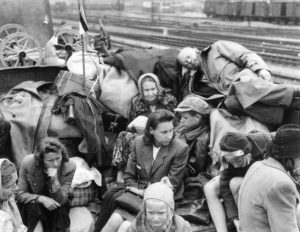 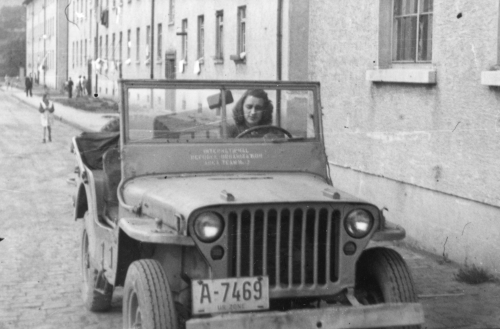 I was born in the Klaipėda district of Lithuania. I had just graduated from high school when we had to flee from Lithuania.

Father worked for the Lithuanian railways, not far from the border with East Prussia. When the Russians started advancing into Lithuania, there was no question in our minds, but that we had to flee… A freight train was being loaded with food supplies to be taken into Germany and we got onto that train… We ended up in Breslau, Germany and lived in DP camps. For us children, it was a relatively carefree time – we had lots of activities, lots of friends and lots of freedom to explore…

Canada was one of the first countries to accept refugees. When I was accepted, I went to Canada by boat. I was the only one from my family leaving. I sailed from Hamburg to Halifax. It was winter. When we landed, we were given $5 and put onto a train to Toronto’s Union Station. When I got off the train, I felt all alone… It was so good to see my brother standing there waiting for me…

I got a job as a seamstress in a clothing factory and learned to speak English as I went along. There were many nationalities there and we all helped each other….

In Toronto, I met a young Lithuanian, Casimir, and we got married. Our lives centered around the Lithuanian Community in Toronto. My husband dreamed of going back to Lithuania, but I never wanted to go back. My family was here, our life was here in Canada.