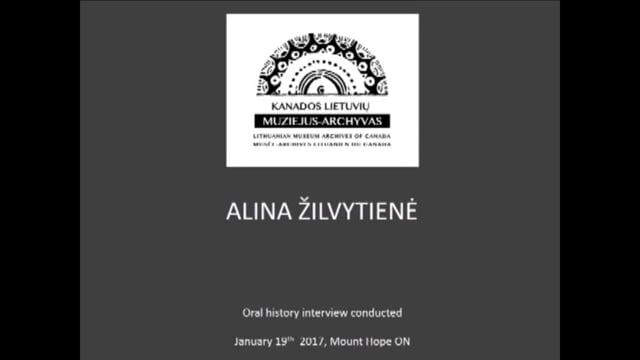 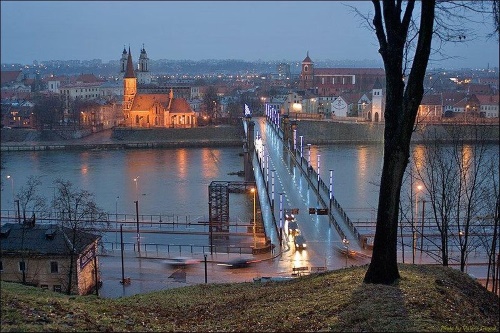 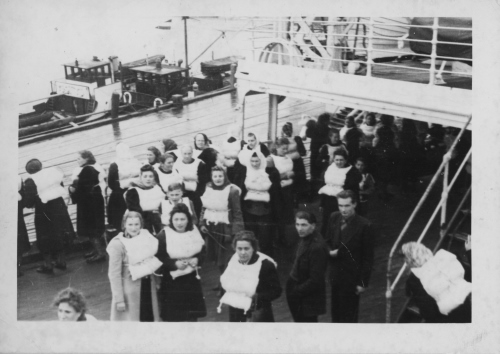 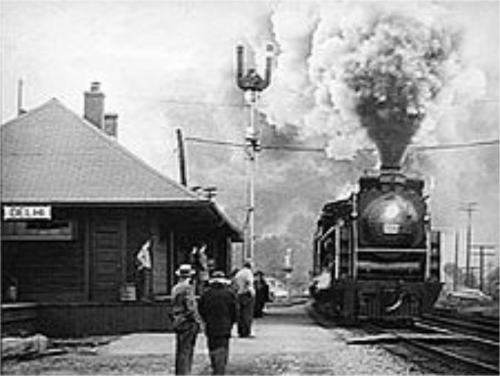 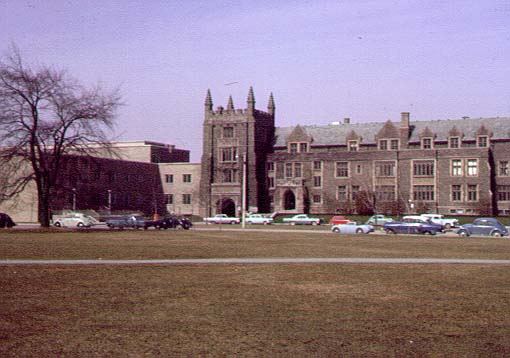 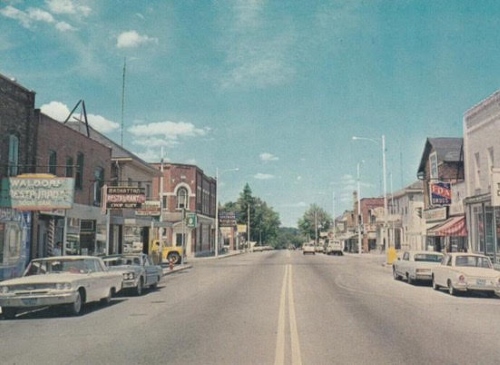 The Bank of Montreal in Delhi, Ontario is behind the yellow truck

I was born in 1933 in Kaunas, Lithuania. I was 10 years old when we fled from Lithuania.

Napoleon slept in our house:

My mother inherited a house in Aleksotas, a suburb of Kaunas. The house was so old that it was a known historical fact that Napoleon had slept in it. It was well positioned and allowed him full view of his army as it was crossing the River Nemunas during his Russian campaign.

My father was prominent in Kaunas and he was involved politically, so he knew that he was targetted for deportation by the Russians to Siberia. He didn’t want his children to be associated to him and hence become targets for deportation as well. As a result, my parents hid us by dispersing us children for safekeeping amongst strangers willing to take us.

Not long after we were separated, the Germans marched into Lithuania. Once the danger from the Russians passed, we were reunited. But not for long... In 1944 the Russians marched back into Lithuania for the second time. My parents knew our family would not survive under the Russians, so we made preparations to flee. Father wanted us to go to a neutral country – to Switzerland. He got travel documents that got us as far as Austria near the border with Switzerland and we spent most of the rest of the war here.

As part of their preparations for leaving Lithuania, my parents had all their gold melted down and made into buttons. These buttons were then sewn onto the clothes of us children. In our journey across Germany, I remember Mother coming during the night to cut a button or two off our clothes if they needed to trade them for food for our family. We never went hungry thanks to those gold buttons.

After the war, we moved to the DP camp in Ravensburg in the Southern part of Germany and lived there for 2 years. Here we received help from the Red Cross and parcels from acquaintances in the US. Because we had nothing, it was like Christmas every time we received these parcels. A major challenge was keeping the children clothed. The children kept outgrowing their clothes – finding clothes was very problematic, but the Red Cross helped tremendously. (To this day I donate to the Red Cross – they were a huge help!)

We moved into the English zone, into a DP camp in Oldenburg, as we thought our chances to emigrate to an English speaking country would be better. It took them 2 years of trying, but my siblings found some Lithuanians willing to sponsor us in Canada. We paid our own passage to Canada and sailed on the “Samaria” into Halifax on April 18, 1950. I had 5 British pounds, the coat on my back and the shoes on my feet – that was it. No more gold coins – they were all gone by then. From Halifax they put us onto a train to Toronto. I looked out the window and all I could see was wild untamed forests and brush – it was scary! Eventually we ended up working in the tobacco farms in Tillsonburg, Ontario. I was 17.

A tobacco farmer, first wave immigration (1920s) Lithuanian, decided to help me get a better job in the nearby town of Delhi, Ontario. Because I could speak English, German, Polish, French and Lithuanian, he got me a job in the bank as an interpreter. They needed people who knew languages as there were many immigrants coming to Canada at that time and they all had banking needs. That is how I started a career path in the banking sector.

In terms of discrimination – I only experienced one incident and that had to do with my name. In one bank Branch where I was working, they said: “Change your name...If you don’t change your name, with a name like Zilvytis, you won’t get anywhere.” They couldn’t pronounce it and they couldn’t spell it. I said: “No. I’m not going to change my name. It is the name I took by marrying my husband. Take me with my name or leave me.” They kept me.

Eventually, I became a Branch Manager with the Bank of Montreal. I was the first woman Branch Manager at the time. The Bank encouraged us to further our education at McMaster University in Hamilton and supported us financially by paying for the courses as long as we passed them.

I am Lithuanian and I always tell everyone that. I always talked about our heritage and promoted Lithuania. It was really important to me. We spoke Lithuanian in our home in Hamilton and followed all the cultural festivities and traditions, especially the Christmas Eve supper (Kūčios) and the Easter traditions. I am hopeful that my children and their children will continue these traditions.

We Europeans share our culture with fellow Canadians – we do not force it upon anyone or demand that anyone adopt it. We are simply showing them what our traditions are. We are not forcing our ways on anybody – not our religion nor our customs.

I would say that our contribution to Canada lies in the fact that we are good Canadian citizens. We have adapted to the way of life here and have accommodated our own cultural traditions in a way that does not impose on others. I love Canada. It is the most wonderful country and we chose to come here. I made my way here by working hard without any handouts from the Government. Perhaps a bit too much is ready-made and “put on the plate" for today’s refugees. They then turn around and try to change our ways – they want us to no longer even say “Merry Christmas”! That is outrageous!