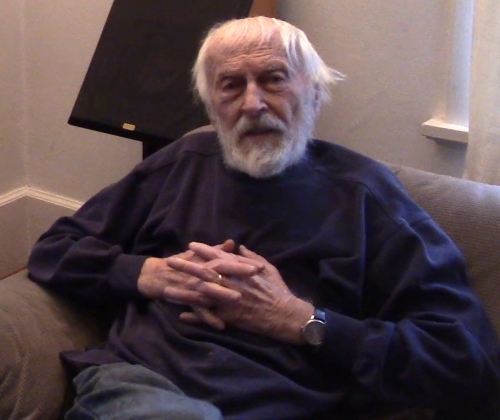 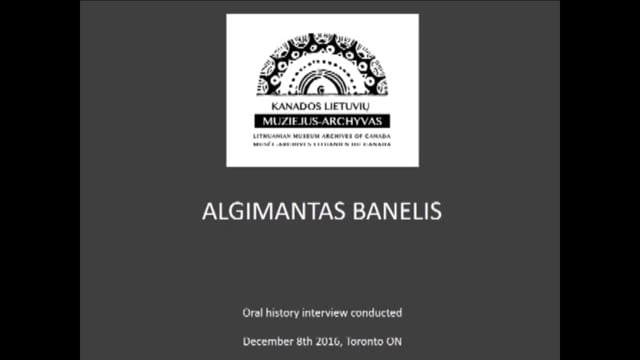 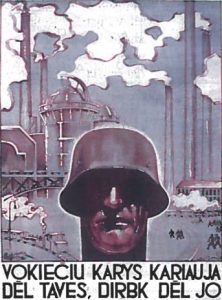 Nazi Propaganda poster "The German soldier is fighting for you, work for him". 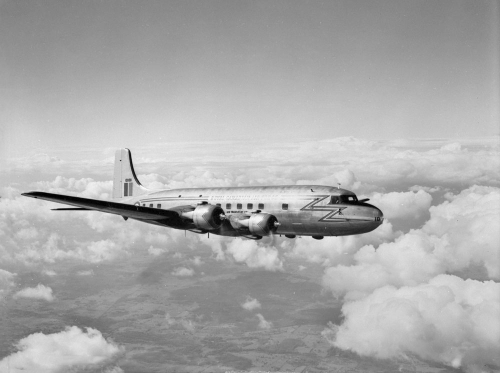 The Russians were closing in on the city of Panevėžys.  My Dad and brothers were to join the resistance and live in the forest and my Mother and I would continue to live on our small farm… The Germans were recruiting labourers to support their war effort.  Many Lithuanian intellectuals became labourers and were taken to Germany.

In July of 1944 we too left Lithuania by train bound for Germany.  We were taken to Pomerania.  Various German organizations provided us with food.

I lived in only one Displaced Persons’ (DP) camp.  There we were given food provided by the United Nations Refugee Relief Organization (UNRRA)…

No country was accepting people from the DP camps.  Only later Canada started taking younger people for general labour jobs and for work in forestry, railroads and farms… My eldest brother went as a labourer and a year later he sponsored the family to come to Canada…. They put us on a flight from Munich via Montreal on a Canadian-made plane – the Northstar.  As there were no direct flights at that time, we flew from Munich to Glasgow, to Reykjavik, to Goose Bay and then to Montreal.  I was 18 years old and had just finished high school.

From cleaning staff to architect:

When my parents came to Canada, they worked as cleaning staff at a hospital.  Mom also worked as a seamstress and cleaned floors.  Dad cleaned floors and I cleaned floors too.  Eventually I enrolled in university and completed architecture at the University of Toronto.  I then earned my living in Toronto as an architect.