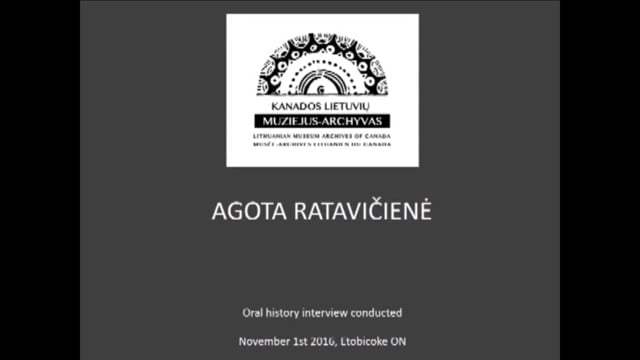 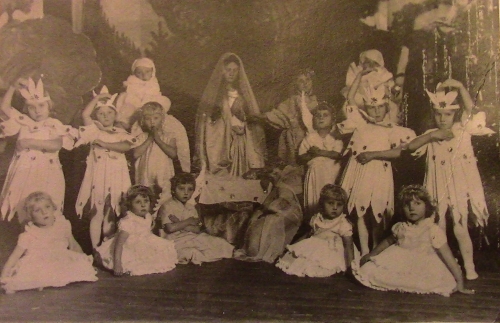 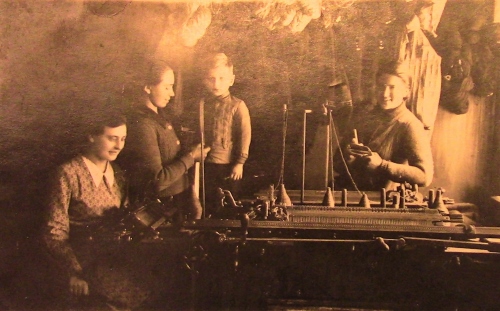 Agota's mother in her sewing shop 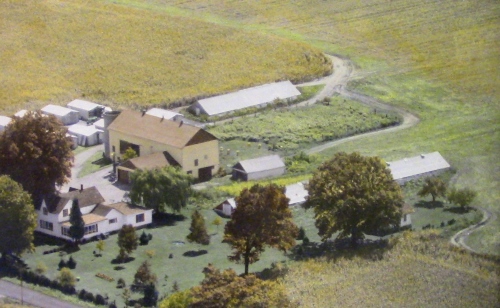 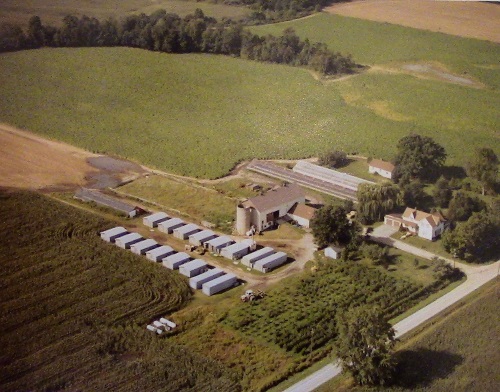 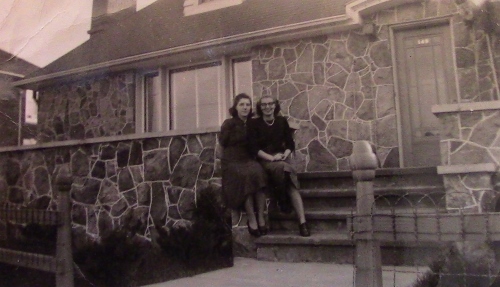 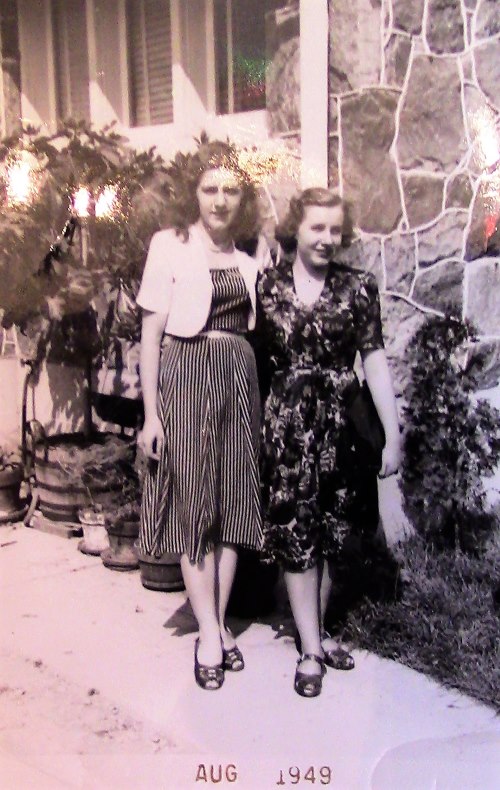 Agota with her Italian Canadian employer 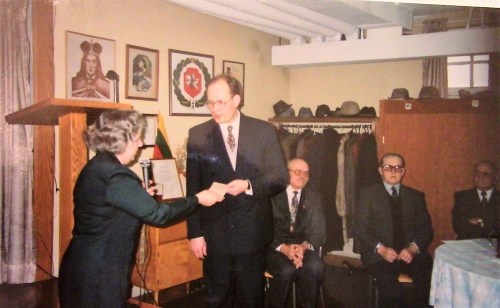 We were ordered to leave our home and were given 20 minutes to prepare.  We left with whatever food we could carry and the clothes on our back. Father was already in prison, so Mother took the four of us (all under 10 years of age) and an aging Aunt and we left with a small wagon.   We slept in barns with the animals and were grateful for a roof over our heads. As soon as the Front moved closer to where we were, we were on the move again – heading West towards Germany. As soon as the Front moved closer - we moved too.

We reached Konigsburg, Kaliningrad where they put us onto a train.  The train would stop in various towns and villages and the local farmers would come to examine us and select the able-bodied ones to work on their farms as there was a shortage of farm labour.  But because Mother had four small children with her, no one selected her, so we kept travelling all over Germany on that train. We finally made it to Schleswig-Holstein and when the War ended, we were placed in a DP camp in Tolk.

We heard that a Lithuanian high school had been established in Kleinweitenze and so we left Tolk and went there so that the children could go to their high school.  As a result there were many young people in that camp and there were many organized activities for us: choirs, music lessons, dance classes. During summer school break, we attended various practical and life skill courses – we learned nursing, first aid, etc.  We lived in the camp barracks there until 1948.

We were always hungry.  Mother had to feed her family, so she would go begging for food from the local Germans.  She would come back with a bit of bread or an onion or some other vegetable and would add this to the camp rations and that is how we survived.  When I emigrated to Canada to work as a domestic, I sent parcels of food to my Mother and brothers and sisters who were left behind in Germany.

We landed in Halifax:

I arrived in Canada on March 28, 1948 on the “Marine Falcon”.  It was a long and stormy voyage. Thanks to that experience, to this day I don’t ever want to travel by boat again.

We landed in Halifax and I was put on a train to Montreal.  Our group was split up: the men were sent to work in the forests and the young women went to work in hospitals or as domestic help.  Four of us arrived in Valleyfield – a town about 40 km. from Montreal. I was placed as domestic help for one year with an Italian family that owned a fruit importing business and had themselves emigrated to San Francisco a few years earlier,. But because of fires and earthquakes there, they moved to Canada and settled in Valleyfield.  They were very good to me because they had already gone through what I was going through now as a new immigrant. They helped me sponsor the rest of my family and bring them to Canada from Germany. After I fulfilled my contract, we moved to Montreal to be closer to other Lithuanians.

Not discriminated against but treated differently:

There was no direct discrimination, but we were treated differently.  There was little tolerance for other languages and little understanding of why we had fled our homelands.

When I raised my family, we spoke only Lithuanian at home.  When we took our youngest daughter to primary school, she spoke more Lithuanian than English and the teacher reprimanded her for speaking Lithuanian in class.  She came home crying.

In Montreal we encountered Lithuanians who had immigrated in 1927-28 and they viewed us as DP’s and put us down.  Some were sympathetic and helpful to us, but many questioned why we left such a good life in Lithuania to come here.

The local Canadian people used to call us “Pollacks”.

Here lie the builders of this country:

I was at a funeral recently, and met up with an old friend from Montreal.  He was a son of the first Lithuanian emigres and had been born in Canada. He says to me:  “Do you know who built Canada (He points down to the ground.)?  They are all lying here under these headstones.” His words made a real impact on me and I thought...he is right.  They were the builders of this country – through their hard work. They didn’t know what unemployment benefits or welfare were because they were not available then.  Everyone who came to this country worked and worked hard to do what was needed to build this country up. What you had, you earned yourself through your own hard work.  The opportunities were there; but achieving them was up to you.