Far-fetched? Of course. But old perspectives may hold some wisdom… 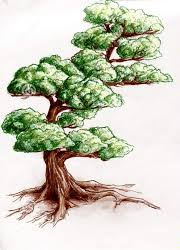 An interesting article came over my horizon recently regarding family trees and ancestors. It was written in Lithuanian by Algirdas Urbanavičius, who has evidently delved into this field. He writes that not very long ago, people were more in tune with their origins than we are today. According to the author, people were familiar with their ancestry up to seven generations back, because it was important to know what you might inherit. Citizens of yesteryear realized that nothing is random, relatives are not just a bloodline, but various characteristics passed down from generation to generation. Thus before marrying, they would want to discover as much as possible about the family they were joining, so they could foresee the family‘s destiny and what their children were likely to bring into the world.

Apparently, old Sanskrit teachings, the Vedas, tell us that we are the first generation; our parents are the second generation. They influence us most strongly through their personal example. They provide the model of family relationships; a daughter will model after her mother, a son after his father. Even subconsciously they mimic their parents‘ behaviour. Parents also influence their children‘s world view. Children inherit habits, lifestyle, manner of speaking, emotional expression and physical attributes. According to this theory, the most dominant characteristics are passed down, thus each generation is ever more intelligent, skilled and able to improve. Children do not necessarily inherit their parents‘ actual talents, but the parents can create a beneficial environment for them to flourish.

The third generation is two grandfathers and two grandmothers. This theory postulates that we inherit creativity, intellect, initiative, interpersonal skills and outlook from them; most often grandfathers pass these on to granddaughters, grandmothers to grandsons. Illnesses may also be inherited from grandparents, but parents are also responsible for providing a healthy environment and good habits. These teachings also parse the types of qualities that are passed down from paternal and maternal grandparents, for example the paternal grandfather passes down creativity and energy; paternal grandmother – worldview and material values; the maternal grandfather – interaction and relationship skills. Arguably the star of the foursome is the maternal grandmother – she is the keeper of motherhood and family relationships, passes on intuition, emotions and feelings, our connection to home, homeland and homestead (namai, tėvynė and tėviškė).

The fourth generation – great-grandparents – are eight ancestors. From them we inherit feelings of harmony with the world, appreciation of beauty, morality and the ability to love. The fifth generation is the keystone of the family. From it proceed the highest virtues or the darkest sins. The generations become more nebulous the further we go back: the sixth generations consists of 32 ancestors – from them we get genetic harmony or disharmony, balance or imbalance, lightness or darkness of spirit. The Vedas say that symbolically these ancestors are like our 32 teeth – the upper jaw representing the father‘s family, the lower – the mother‘s ancestors, reflecting their strength, purity, or early decay. The seventh generation consists of 64 ancestors. Misfortune and violence in this generation can influence the destiny of its descendants, despite their best efforts to avoid them.

What can we do with this information besides relegating it to the realm of mythology or astrology? Urbanavicius says that although we have no influence whatsoever on the behaviour of our ancestors, it is simply important to know this and not blame ourselves, for example, for our children being good or bad, for difficulties in creating harmonious relationships or achieving spiritual growth. Sounds like a wonderful excuse. However there is merit to tracking genetic health tendencies, because as we know, there are some diseases that can be avoided or at least mitigated by practicing or rejecting certain habits.

It would be fascinating to find out about our earlier ancestors, but as children of immigrants, many of us do not have at hand the means to gather the threads of our connections without on-site research. The lesson: interrogate your elders while you can!